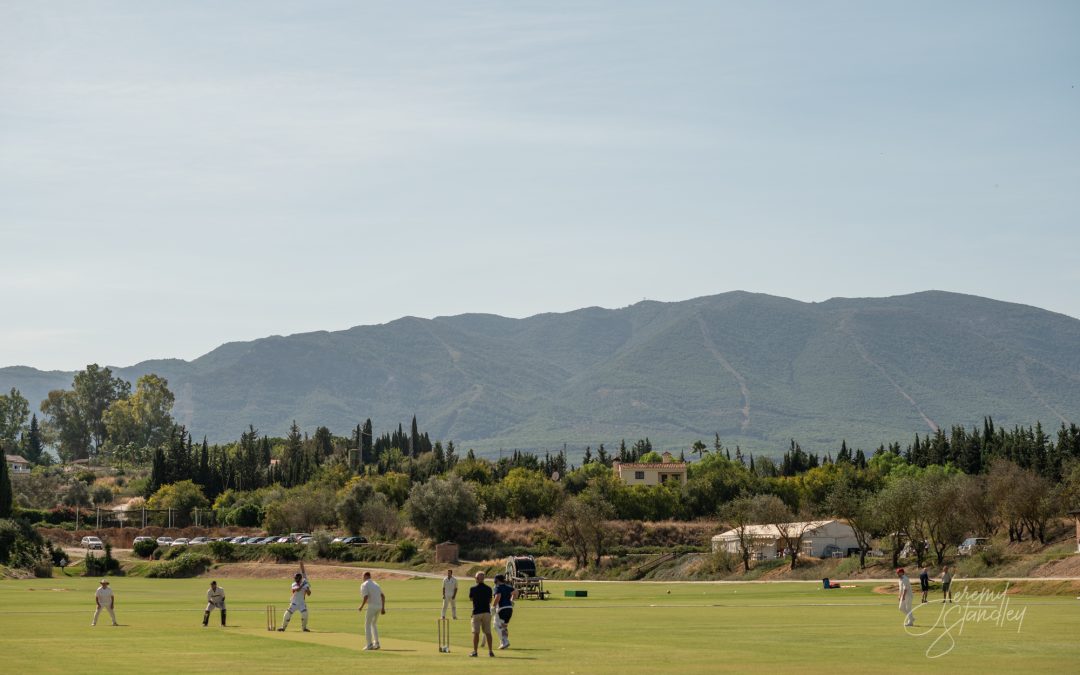 With a junior coaching session in full swing and preparation for the first of two senior games of the day underway, arrival at Cartama Oval on Sunday was a sight to behold.

The selectors were on sight for this one, ultimately, “trials” for the forthcoming European Cricket Series T10 events to be hosted at Desert Springs and Cartama in mid-November.

Crusaders batted first and opened with skipper Jay Wild and the inform Nikhil Advani, a quick run out seeing the latter return to the pavilion without facing a ball.

Paul Edgeller come in at 3 and looked dangerous, finding the ropes frequently and running hard, but Richie Cunningham outfoxed him with flight and Phil Flaxman made no mistake in whipping the bails off. Stumped for a quick 26.  Jay continued to push one’s and two’s while Paddy Hatchman took over where Paul left off and put on 15 in not much time at all. Having run out Paddy, Samarth picked up the wicket of Jay for 23 in the penultimate over.

Marc Gouws bowled the last 6 deliveries and picked up a final wicket and gave nothing away, leaving the Crusaders on 77 from their ten overs, around 23 below par. Or was it?

Vikings captain Marc Gouws and new boy James Butler opened the batting and got off to a decent start going at around 10 per over, but when Egan Dantis bowled Marc out in the 4th over after getting hit for two consecutive boundaries, the run rate slowed down.

The Vikings lost a few cheap wickets but Mamun and James dug in, Jay used his slower bowlers to take the pace off the ball and that along with some tidy fielding made runs hard work and although opening batsman James finished on 45 not out the Vikings could only manage 69, some 8 short of the target.

James Butler was Adjudged Man of the Match for his 45 not out. 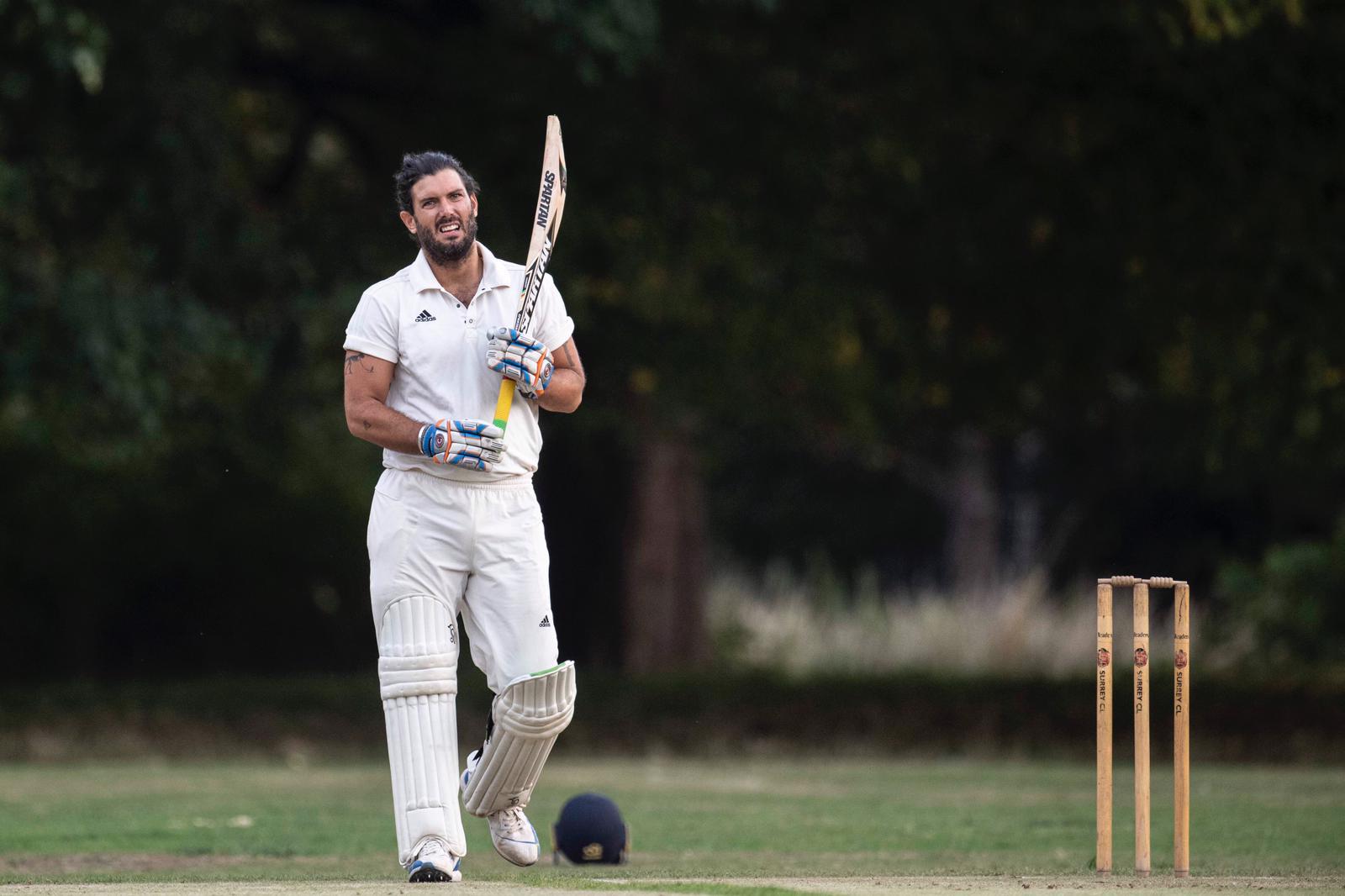 The next game saw a more traditional 30 over contest and a change in captaincy for the Crusaders, club coach Sameer Nayak, who won the toss and inserted Marc Gouws’ Vikings.

Although struck in the first over, removing James Butler with a full stretch one handed catch from Paddy Hatchman at deep mid off, skipper Sameer wasn’t happy with the standard of his team’s fielding and called them in for a huddle. Whatever he said it seemed to work.

The fielding was sharp and the Crusaders bowling was on the money, Paul Edgeller and Phil Flaxman hung around for a while but with scoreboard pressure mounting, wickets began to fall. Mamun was seeing it well and scoring quickly but could not cope with the bowling of Nikhil Advani, who got his man with a sharp catch from Jeremy ‘The Cage’ Standley behind the stumps on 31.

Marc Gouws and Jaime Riley both looked set, but Ian Higgins bowled an economical spell in the middle overs dismissing Jamie and Samarth Bodha in quick succession to bring the Crusaders back into the game. Marc was then dismissed by Nikhil for 17. The injury-hit Andrew James did well at the end but ran out of partners finishing on 14 not out. The Vikings were eventually bundled out for 137 in the 26th over.

What followed next was a batting master class. Egan Dantis and Nikhil Advani proving that practice and hard work pays off. The pair cut, drove, pulled and ran their way to a 100 partnership putting on an impressive total of 128 runs for the first wicket with little to no risk, with some of the shots were an absolute delight to watch.

Jeremy Knott bowled Nikhil in the 15th over but the damage was already done as Egan continued accompanied by Jeremy Standley who made light work of the remaining 10 runs and reached the target in the 26th over with Egan finishing on 61 not out with 7 boundaries.

Egan Dantis was adjudged Man of the Match for his 1-11 and 61 not out. 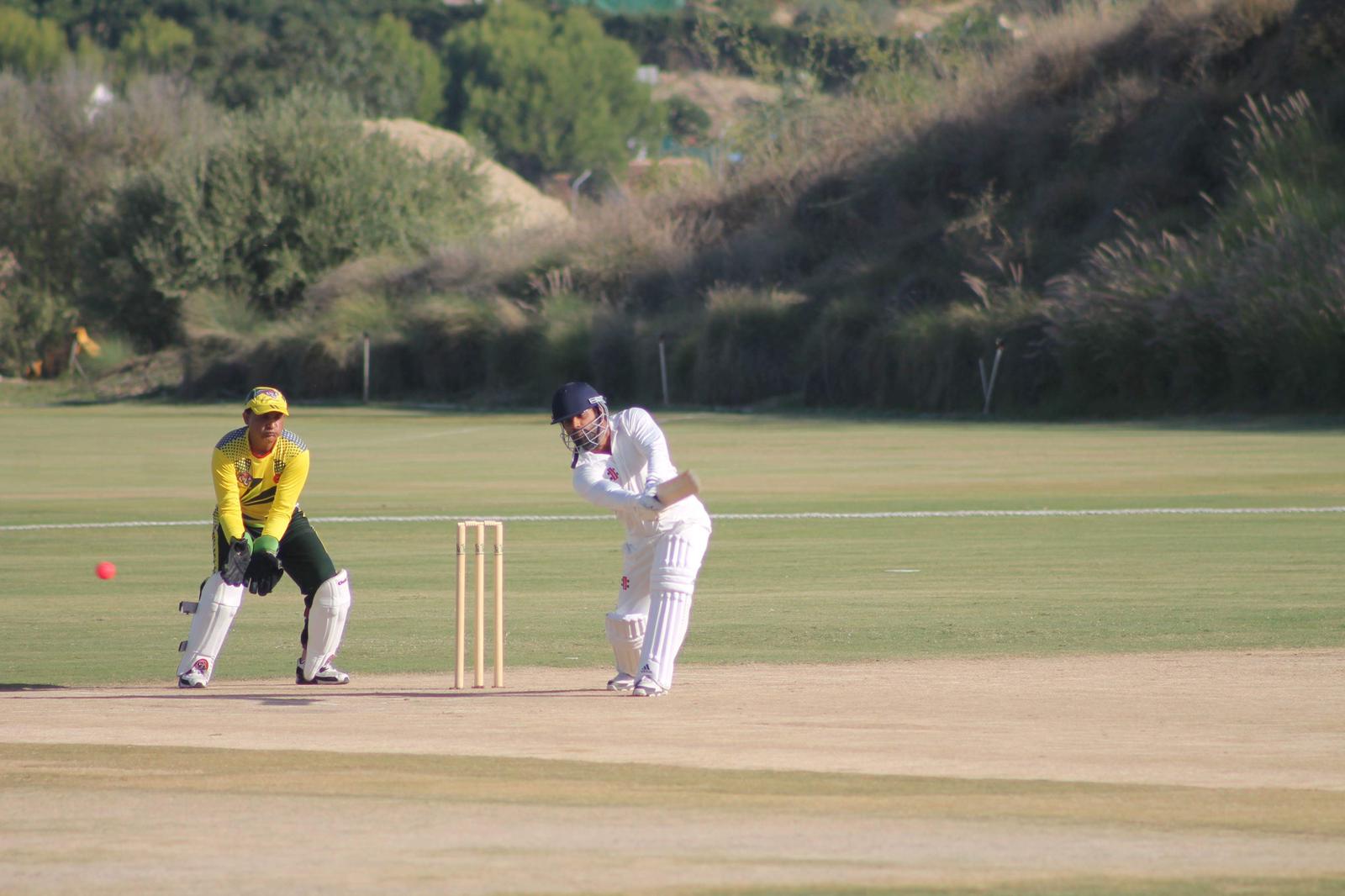